Fortune 500 Companies are Leaving Illinois: Should You Join Them?

A Tale of Three Companies Leaving one City.

Household name companies Boeing, Caterpillar, and Citadel, are distancing themselves from Chicago, ditching their Illinois-based corporate headquarters for better economic opportunities in other states.

This is a harsh blow to Illinois as it lost 3 of the 35 Fortune 500 companies located there. But these moves should come as no surprise. Illinois's regulatory environment, taxes, high crime, and dwindling talent base have earned the state a spot on a list of the worst states for business for 11 consecutive years.

So, if you have corporate real estate properties in Illinois, we bet you’ve been weighing out the pros and cons of staying for some time now. While its unofficial capital Chicago is a hub of global prestige and recognition- things have changed in recent years. Emerging workplace flexibility, increased crime, and strict regulations in Illinois have forced people out. It has ranked among the states with the most outbound moves for years.

People have looked harder at their locations and decided that areas of historic popularity are no longer worth the cost. Since they have the freedom to move, they are jumping on the opportunity. So, read more about how this trend appears in the corporate world. Learn the latest in corporate moves out of Illinois, why they happened, where they went- oh, and whether you should do the same.

The Fortune 100 manufacturer is shipping its brain trust to Texas- and they wouldn’t be the first to launch a Lone Star corporate relocation. In 2021, 62 companies relocated their headquarters to Texas, according to the Relo Tracker Report.

The Texas environment is highly appealing to corporate America with its low cost of living, affordable real estate, and growing educated talent base.

(Learn more about Why Companies are Moving to Texas)

Caterpillar’s move was for similar reasons. It has been investing in right- to work states over the past decade and had its eye on Texas to increase its margin of profitable growth. Texas also doesn’t levy corporate income tax. Consider then what Caterpillar can save moving from Illinois’ rate of 9.5% (one of the highest in the country to 0%). So, of course, they’re joining the exodus to Texas.

The leading manufacturer is shifting its headquarters along with 230 corporate roles, including the CFO and CEO while maintaining a presence in Illinois with 17,000 existing jobs. While 230 jobs may not seem like a big move, you must consider the level of these positions. Caterpillar has moved its decision-makers to Texas...what do you think this means for future location decisions the company will make?

According to Tom Stringer of the accounting and consulting firm BDO,

“If those headquarters jobs are small, but highly compensated, using a lot of corporate services, active in the community…even if it is a limited number of jobs, that defection hurts significantly.”

Yeah, you can bet it hurts.

Not that we want to kick Illinois while it's down, but let’s look at another case study of corporate America fleeing the state.

The hedge fund, Citadel is joining the over 300 financial services firms that moved to Florida recently. Like Texas, Florida has witnessed explosive growth since the pandemic. The state is pro-business with an affordable cost of living, low tax burden, and reasonable real estate.

Not only is Citadel moving its headquarters, along with it is going founder and CEO Ken Griffiths- oh, and he’s taking his 29 billion dollars with him.

As the (now previously) biggest net worth in Illinois, the loss of his fortune will hurt even worse. The local economy will likely suffer, especially since Griffiths has donated hundreds of millions during his Illinois residence.

“Mr. Griffin has been the wealthiest resident of Illinois, so his departure will hurt state tax collections on both the individual and corporate side,” according to the Wall Street Journal

His personal move is likely (gee- you think?) caused in part by the lack of Florida’s personal income tax. So, Mr. Griffiths will have easier access to his billions than he did in Illinois, where income tax is 4.95%

Publicly, Griffiths has explained the move, viewing Miami as a better corporate environment. However, he has also expressed disdain for growing crime in Chicago, citing that as a major contributor to Citadel’s exodus.

Back in April, he explained,

This is a telling statement that speaks to a more significant phenomenon. Companies are having difficulty recruiting and maintaining great talent in high-crime areas like Chicago, NYC, and San Francisco.

In Chicago, “Thefts are up 65%, motor-vehicle thefts up 40%, and burglaries up 31%,” according to the Chicago Police Department.

Griffith raises a great point- why would employees want to work where they don't feel safe. Your Corporate Real Estate should construct (at a bare minimum) an environment where your team members feel safe and secure.

The crime is scaring away the city’s natives. So, if you didn’t want to leave because of the taxes, you’ll probably want to go for your own safety.

“Citadel leadership has been signaling for some time an enhanced presence in Florida, and while this announcement is not surprising, it still is disappointing…We look forward to build upon the 35 new company relocations and 58 company expansions made this year creating over 2500 jobs in Chicago.”

So maybe it’s not the end for Chicago, but it signals that the tide has turned. These corporate withdrawals have seriously damaged the Windy City’s prestige.

Boeing moved its operations from Illinois to Virginia primarily as a strategic relocation. The world’s largest aerospace company is looking for proximity to global networks and stakeholders in Washington, D.C. 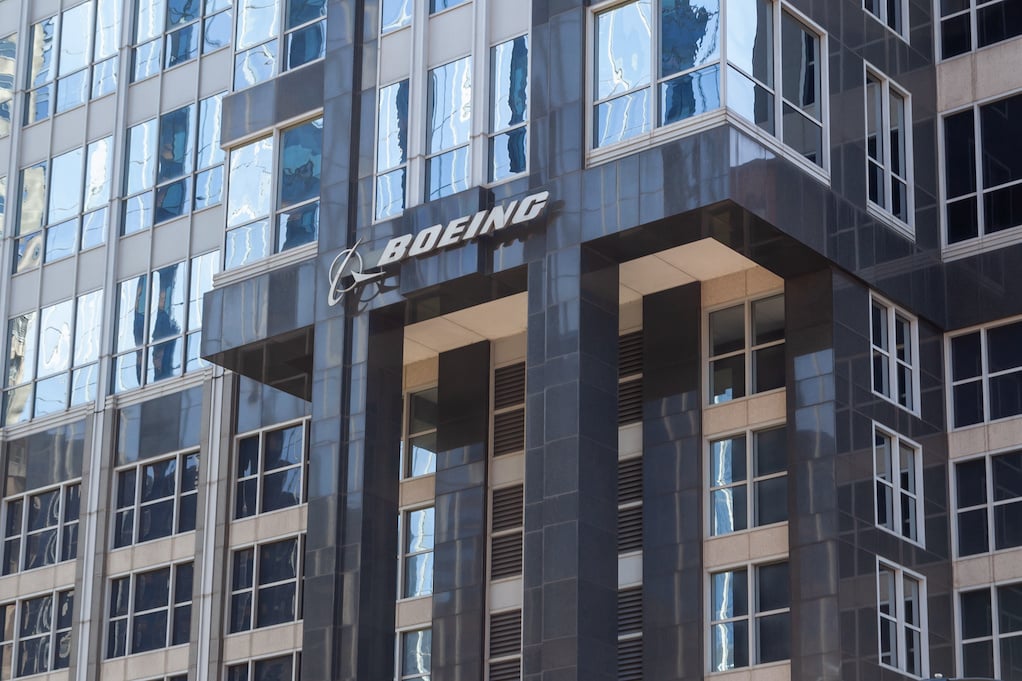 This story rings familiar to another recent corporate move. Raytheon, another leading aerospace manufacturer, left its century-old property in Massachusetts for the same reason: they wanted to be closer to their industry.

This proves that corporations can take a hard look at their CRE anytime. This doesn’t only mean an analysis of their area's tax and regulatory environment, but other factors like proximity to talent base or consumers that could earn you an additional competitive edge.

Virginia also has stronger corporate environment. The state raked among CNBC's top states for business for six years consecutively. This "stable and business-friendly environment" is what another captain of industry, Amazon, cited as the reasoning for building their new headquarters in Arlington, Virginia.

What Do Corporate Relocations Mean for Illinois?

Illinois is one of many states losing Americans and businesses to regions with better economic opportunities and quality of life.

For the past five years, Illinois has been in the top 10 states with outbound migration, along with California, Michigan, New York, and Pennsylvania.

Illinois is losing significant financial stimulus from these outbound moves- and it's only projected to worsen.

According to a study by the Weldon Cooper Center for Public Service in Virginia, Illinois’ population is projected to contract by 3.1% from now until 2040 – a decrease of nearly 400,000 people.

At the same time, people have realized in a mass awakening that (usually southern) states like Texas and Florida are better places to live and work. As ongoing population deficits cause states like Illinois to lose congressional seats, Texas and Florida and gaining political prestige from the inbound moves in recent years.

There is no secret why the sunbelt is so attractive. The perks include:

Relocate (and more) with a Tenant Rep

So, if you want to relocate, you can benefit not only your bottom line but the lives of your employees and key stakeholders. If you want help relocating and where to start, you can work with a Tenant Rep. As CRE experts, they can identify the best regions and properties that fit your needs. Whether this means overhauling your entire portfolio or relocating a singular office, they are on call. However, you don’t need to relocate to benefit your CRE.

At iOptimize Realty®, we are Tenant Reps who believe tenants have unlimited options to streamline their portfolios. Relocating is not right for every organization. So, if this sounds like you, we can help you still save money even if you want to remain in a tough market.

Other than relocating, iOptimize Realty® can provide solutions, including helping you optimize your office space utilization, renegotiating your existing leases, protecting your interests against corporate landlords, and more.

If you’re ready to talk to a Tenant Rep expert at iOptimize Realty® yourself, schedule a brief meeting today.

Learn how a Tenant Rep can improve your portfolio in a recession.

Wondering where to begin?

How to Find Your Next Office Space

How to Find Your Next Warehouse