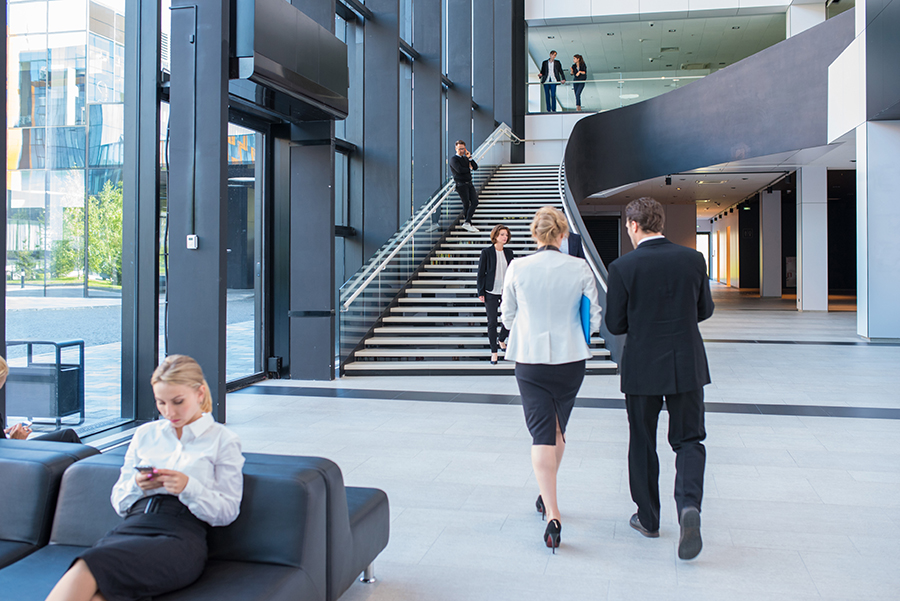 Size matters when it comes to commercial office space. After all, you want to ensure that your team has enough room to comfortably move through their work days but also don't want to end up with tons of empty floor space. Plus, the size will determine how much you pay for your monthly rent. When you're considering the cost of occupying a particular office, it's important to understand that your lease will establish two different sizes: usable and rentable square footage. Understanding what these terms mean is vital to comparing various offices and negotiating a fair deal.

The usable square footage of an office tells you how much space your company will have to occupy. It includes all of the floor space within the walls of the area that you are leasing. This is the number that you'll need to consider when deciding whether or not a particular office is ideally sized for your needs.

Break Out Your Measuring Tape. While taking the time to measure an office yourself is time consuming, it's a good idea to do so. To calculate the usable square footage, you'll want to measure the length and width of each room in the office as well as hallways and then add the numbers together. If your calculation differs greatly from the landlord's, request to measure the space together.

Get the Details on Rentable Square Footage. A reputable landlord should be willing to make the equation used to calculate rentable square footage calculation as transparent as possible. You'll want to double check the following.

Hire a Pro if Necessary. If you are questioning the accuracy of your landlord's numbers, consider hiring an architect to conduct the measurements for you. The amount of money that you could save over a long-term lease could more than cover his or her fee.

Here are a few other articles we know you'll enjoy:

How Much Does a Tenant Rep Cost?

5 Tips to Consider When Designing an Office Layout

« 8 Tips When Managing Your Commercial Lease Transactions Commercial Office Leasing 101: What You Should Know »